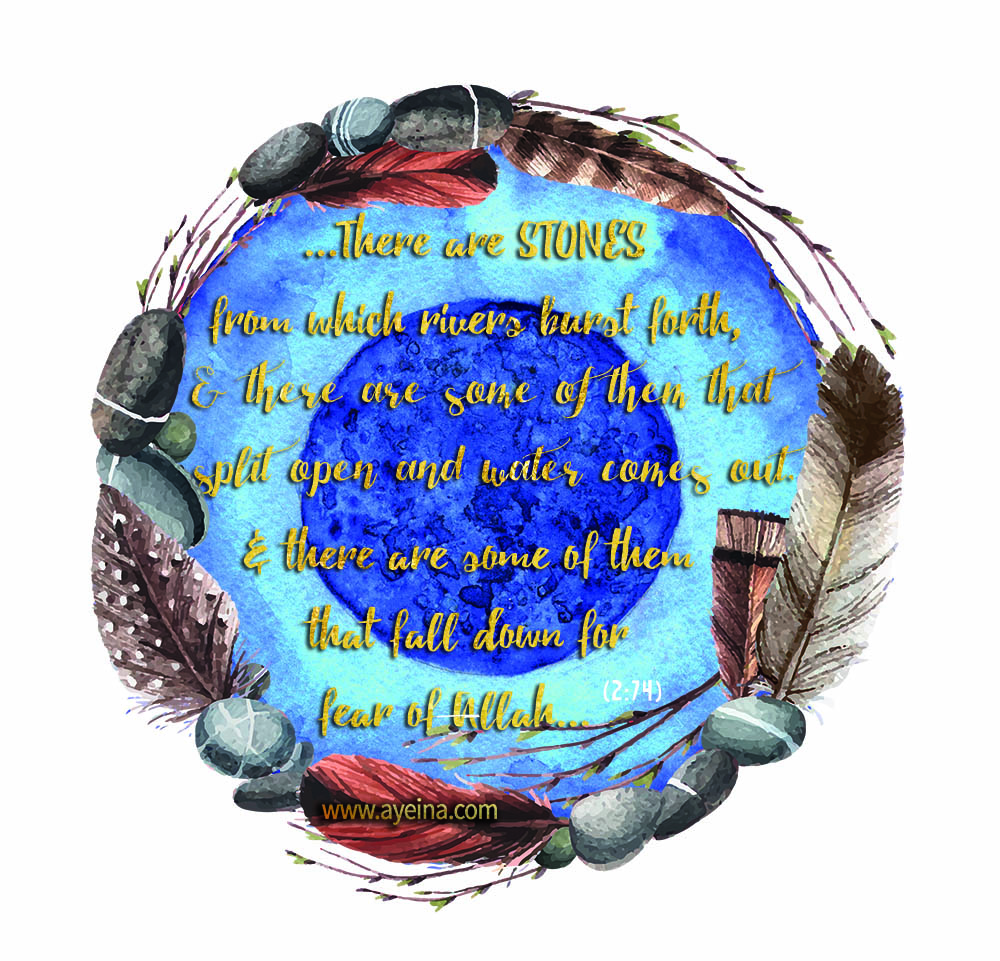 Allah says their hearts are hard like rocks/stones or harder than that….

Hardness is defined as a measure of how resistant solid matter is when a compressive force is applied.

It’s the rocks* that are considered the hardest of all natural materials. Their hardness can cut through anything but nothing really cuts through them. They are the most resistant.

So what are such hearts resistant towards? The same words of Allah that can make some of the rocks gush springs forward, split open and pour water out and fall out of Allah’s fear.  Those are the same words that make their hearts even harder.

(Heart is such a recurring theme in Surah Baqarah and even beyond. No wonder it’s the most significant organ of our body – physically, emotionally and spiritually)

Solution – How to soften the heart:

Through listening to recitation of the Qur’an or iman-boosting Islamic lectures, reciting the Qur’an yourself, through supplication and adhkaar etc.

As the hadith mentions how hearts are hardened/darkened.

“When the believer commits sin, a black spot appears on his heart. If he repents and gives up that sin and seeks forgiveness, his heart will be polished. But if (the sin) increases, (the black spot) increases. That is the Ran that Allah mentions in His Book: “Nay! But on their hearts is the Ran (covering of sins and evil deeds) which they used to earn.” [Ibn Majah]

3: Staying away from excessive talking

The Messenger of Allah (ﷺ) said, “Do not indulge in excessive talk except when remembering Allah. Excessive talking without the Remembrance of Allah hardens the heart, and those who are the farthest from Allah are those whose hearts are hard.” [Tirmidhi]

*wurtzite boron nitrate, diamond etc. are known as one of the hardest natural materials. All rocks are stones but not all stones are necessarily rocks. Though usually they are used in similar contexts.
Since a scientific background of it wasn’t the point so I left that off above.