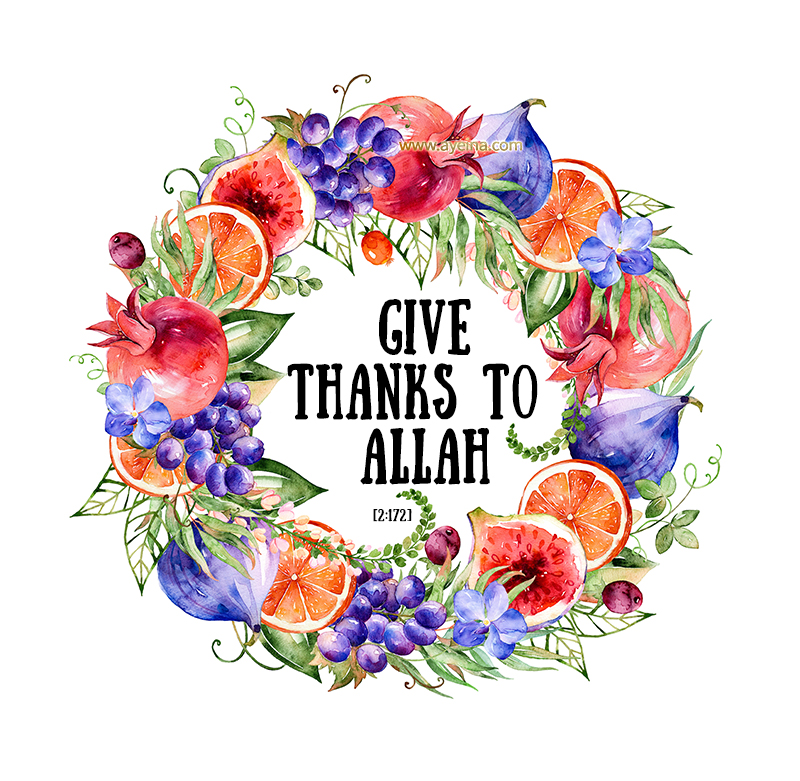 For me, this verse has beautiful sections that grabbed my attention.

1: It starts with يَا أَيُّهَا الَّذِينَ آمَنُواْ  – O you who believe! – what better and beautiful words can we possibly think of, to be called with? That too, from The Lord of the Worlds and The Most Merciful. Don’t you feel like saying “labbaik ya Rabbi!” and “yes my Rabb! I’m here, ready to listen and respond!” and this is what is expected of us when Allaah says in the end of the aayah “إِن كُنتُمْ إِيَّاهُ تَعْبُدُونَ” ( if it is Him that you worship) – the submission and being His servant is what is the soul and the meaning of worship. It’s not just the salah, saum and hajj.

Word عَبْد which means servant/slave is derived from “ع ب د” Ayn-Ba-Dal which means to obey with submissiveness or humility, approve, apply, devote, obedience, slave. So it’s being His obedient servant in whatever He ordained with all the love and humility. Be the commands, in the form of ritual worship or any day to day aspect. We are to listen and respond, to be in the list of يَا أَيُّهَا الَّذِينَ آمَنُواْ

2: Allaah says كُلُواْ مِن طَيِّبَاتِ مَا رَزَقْنَاكُمْ – “eat from the good things which We have provided for you”. Think of the endless provisions allowed for consumption (with a little exception only (like pork etc.), Alhamdulillah. Now the point is…

Is the eating, just about pork and pork-less food? Alcoholic and non-alcoholic drinks? Alhamdulillah most of us know that difference and follow them religiously. But what about consuming from the wrong means? Especially from the money that’s not really halal. Which has Riba (Interest) in its consumption. Or which is earned through illegal means. Or which was earned with dishonesty. This reminds me of that terrifying Hadith:

It was narrated from Abu Hurairah that the Messenger of Allah (ﷺ) said: “There will come a time when there will be no one left who does not consume usury (interest), and whoever does not consume it will nevertheless be affected by it.” [Ibn Majah]

3: So it’s pretty mandatory for our own good to وَاشْكُرُواْ لِلّهِ – “Thank Allaah” for the pure and good that’s been provided to us, even if it’s less. Indeed in the best and pure, lies the contentment of the hearts and the pleasure of our Rabb. If it’s not easy to afford without interest, try giving it up. For my Rabb doesn’t burden a soul more than its capacity. And He is The Most Appreciative.

The narration in At-Tirmidhi adds: And the one who records it, and the two persons who stand witness to it.

May Allah protect us from consuming the prohibited.