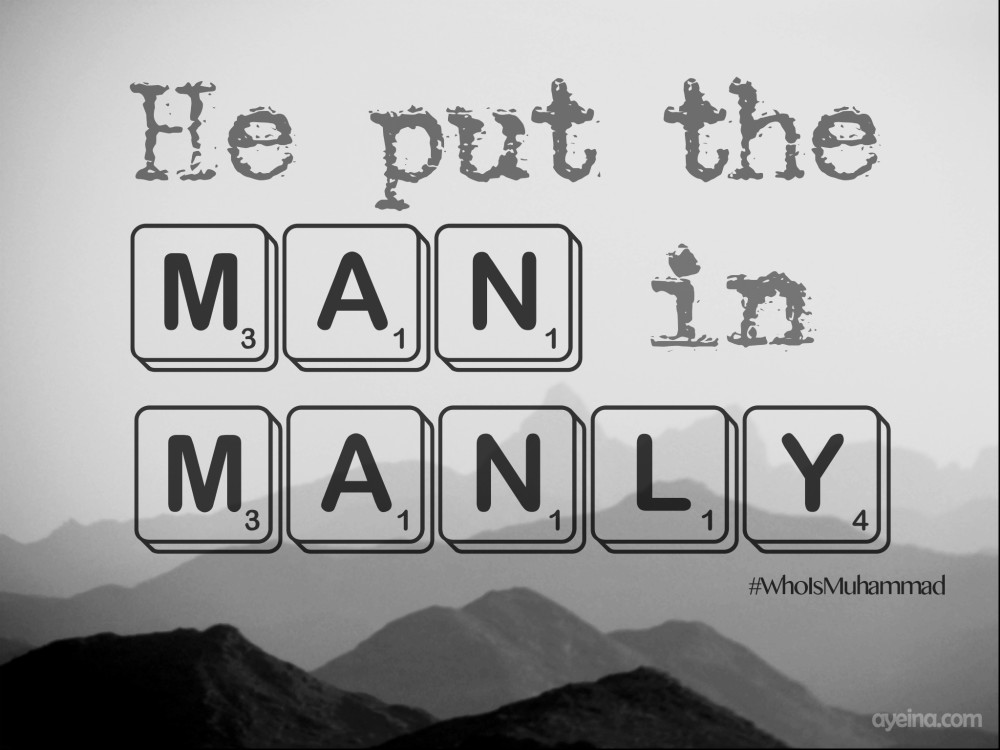 Equal to all, black or white

Kind to all, wrong or right

People loved him more than their own

Into the darkness, he brought the light

Animals came to him for justice

Women complained to him about injustice

And objects for him, did the weeping

He was born a poor orphan

One by one his loved ones died

Yet never asked for sympathy or a penny

Faith in Allah was enough to get him by

He sported the beard and wore a smile

But lowered his gaze upon sight of women

Who came up to him proposing themselves in marriage

Yet he never bragged or shook hands with them

Epitome of modesty – a virgin before marriage

Spent his entire youth with an older wife

Wedded a widow for her immaculate character

Praised her when she wasn’t even by his side

He knelt down for his wife

So she could climb a ride

Ate and drank from where she did

A loving husband, every woman would find

He sent gifts to her loved ones

And wiped tears from her face

He helped around her house chores

And with her, he played and raced

Not a cheater, not a beater

A dream man, always a keeper

He took suggestions from his wife

And followed her wise advice

Not intimidated by a woman’s power

He let one be his guard in a fight

Not afraid to admit to his friends

His wife was one he loved the most

He even professed his love for them

Holding the opinion that love be told

He didn’t let his garments drag

He was a gentleman after all

Uniting every religion, every clan into one

Immortal was his legacy after all

Haters injure him by pelting

But he strongly stood his ground

Wished well for them in return

With kindness, his heart was bound

Everyone came to his service

Yet he was at service for everyone

Among them, he was always the one

He used to light up the room he walked in

Melted hearts with his soft words

How could one person keep so many happy

A successful man of both worlds

Till today people try to do what he did

And learn to say what he said

No revolution could ever bring

Such big changes in life or death

Another poem on Muhammad (ﷺ): Happy to not be ME

SHE (a poem for her)

Supplicate to Allah with Allah’s Words (List of Quranic Duas)