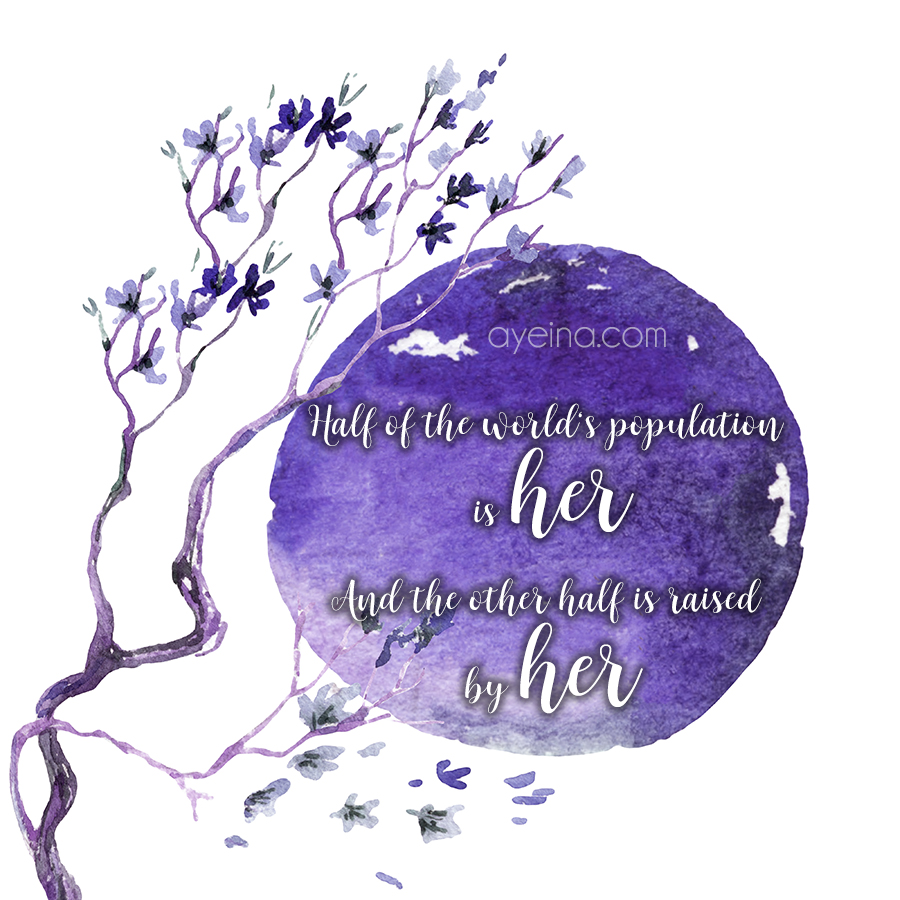 A mother, a sister, a daughter, a wife
a means to create or change a Life

Grandmother, an Aunt, granddaughter, a niece
Women who turn war into peace

A relative, a neighbour, a stranger, a friend
The kindness has no bound nor an end

An artist, a nurturer, a student, a teacher
Four in one, plus a preacher

Black, brown, pale or white
Keeping the colours in your life bright

Disable, deaf, dumb or blind
Her disabilities won’t let her lag behind

Rich, poor, queen or maid
She will be there to give you the shade

Famous, unknown, weak or strong
In her own way, mending the wrong

Tall, short, fat or thin
The size is not a scale to win

African, European, Asian or Arab
All stand equal in front of Rabb

And Allah won’t judge on the basis of gender
Nor on beauty, but the hearts so tender

He put the MAN in Manly

Supplicate to Allah with Allah’s Words (List of Quranic Duas)