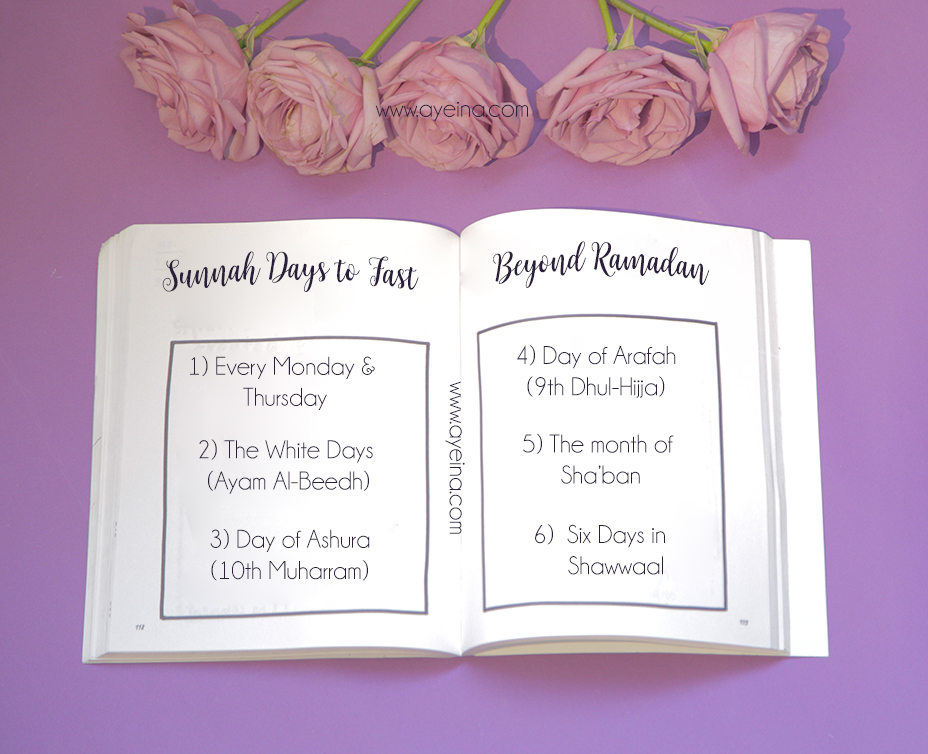 Alhamdulillah for a better self control that Ramadan had to offer.

I say better self control because Ramadan didn’t magically change us, but it did give us immense amount of opportunities. I know, when Shawwal came, we thought everything will automatically stay the same. We’ll still run for hasanaat and we’ll stay the people we always wanted to be…We won’t shout at our kids, we won’t delay our salah…and the list was longer in our minds than we would have expected. But here we are…exactly the same we were before Ramadan. Feeling disconnected…beneath the debris of our own souls…taking two steps back each time we take one step forward…

You and I – We let our enemy impact us as soon as he’s released…We have to keep swimming without the expectation of Ramadan vibes miraculously changing us or the things around us. It CAN happen of course, but most of us are already waiting for the next Ramadan for that miracle! If it’s ONE Qur’anic dua and ONE masnoon dua you have to focus on in this scenario – make it these: (these are simply my personal fav. duas)

The Messenger of Allah (ﷺ) said: The supplications to be used by one who is distressed are: “O Allah! Thy mercy is what I hope for. Do not abandon me to myself for an instant, but put all my affairs in good order for me. There is no god but Thou.” [Abu Dawud]

With Ramadan being over, we miss so many things that the blessed month had to offer, things like better self control, shaitaan being locked up, awaiting the Maghrib Adhaan, never missing Fajr because you’d wake up for suhoor, fasting and of course DATES! 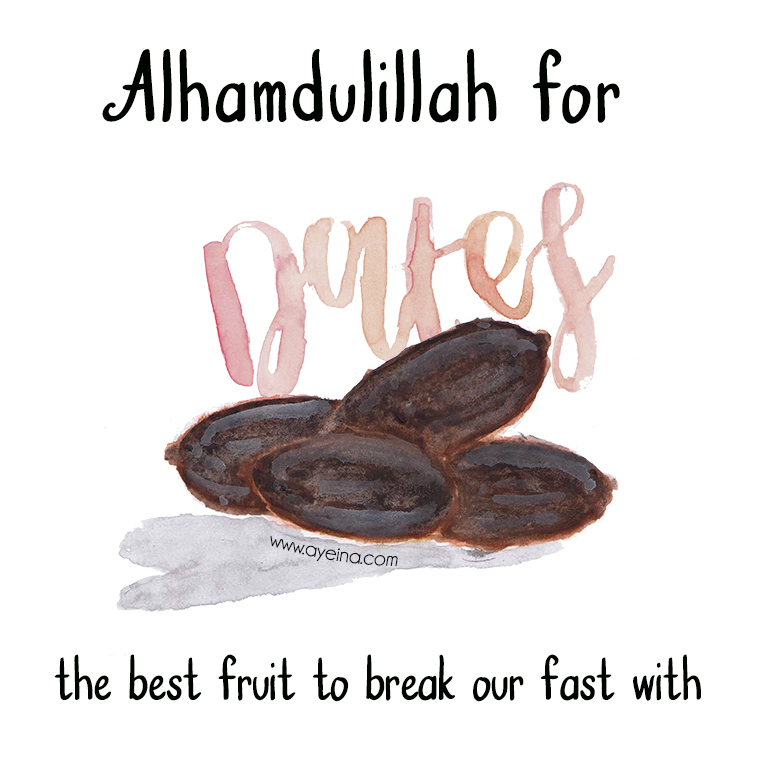 Keep your stash of dates filled up even when this blessed month is over because dates are filled with vitamins, minerals and nutrients. As mentioned in the hadith:

All of the Ramadan things don’t have to end with Ramadan. Shawwal is that time of the year when we bring the food close to our mouth and stop for a second or two to think if we’re fasting. We may even spit it out after chomping it half because we think that it’s still Ramadan. Then we realize that it’s Shawwal, so we give shaitaan, a welcome back party by cranking up the music that we perhaps gave up during Ramadan. Everything pre-Ramadan is back in our life because we can now blame it all on Shaitaan (devil). An easy way out. I know, living the Ramadan spirit beyond those 29 or 30 days is difficult. Which is why fasting beyond Ramadan can keep that Ramadan spirit cooking.

“Indeed, anyone who fasts for one day for Allah’s Pleasure, Allah will keep his face away from the (Hell) fire for (a distance covered by a journey of) seventy years.” [Bukhari]

Have you ever noticed how supererogatory acts (nafl) have more rewards mentioned than the rewards of obligatory acts (fard)? Maybe because most of us fulfill our obligations anyway. So positive reinforcement helps us to push ourselves just a little bit more…

When Allah accepts our worship, He blesses us with more opportunities to worship Him. If a person’s good deed is followed by a sinful one, it may be an indication that the first good deed may not have been accepted.

Following are the days that Prophet ﷺ preferred to fast on (along with shawwaal fasts). I hope this makes it easy for you to figure out your weekly, monthly and yearly fasting goals beyond Ramadan 💞 in Shaa Allah:

Post Ramadan time when you need to re-energize your faith after that sudden dip. And mentioning such huge reward is to basically keep us motivated.

“Whoever fasts Ramadan then follows it with six days of Shawwal, it is as if he fasted for a lifetime.” [Muslim]

“It is not a necessary condition that they should be fasted consecutively. If you fast them separately or consecutively, it is OK. The sooner you do them, the better…” [IslamQA]

“…A woman should complete her Ramadaan fasts first, then follow it with six days of Shawwaal…As regards the matter of permissibility, it is permissible for her to delay making up her Ramadaan fasts, provided that she makes them up before the next Ramadaan comes along…”[IslamQA]

2) Every Monday and Thursday

The Messenger of Allah (ﷺ) used to observe fast on Mondays and Thursdays. [Tirmidhi]

The Messenger of Allah (ﷺ) said, “If you want to observe Saum on three days in a month, then fast on the thirteenth, fourteenth and fifteenth of the (lunar) month”. [Tirmidhi]

10th of Muharram (along with the 9th or 11th Muharram fast).

When Allah’s Messenger (ﷺ) arrived at Medina, he found the Jews observing the fast on the day of ‘Ashura’ (10th of Muharram). The Prophet (ﷺ) asked them (about it) and they replied, “This is the day when Moses became victorious over Pharaoh.” The Prophet (ﷺ) said (to the Muslims), “We are nearer to Moses than they, so fast on this day.” [Bukhari]

9th of Dhul-Hijjah (if you are not a pilgrim).

Messenger of Allah (ﷺ) said: “Fasting on the Day of ‘Arafah, I hope from Allah, expiates for the sins of the year before and the year after.” [Ibn Majah]

“The Messenger of Allah did not fast any month more than Shaban; he used to fast (all of) it, or most of it.” [Nisa’i]

How to Teach Kids 12 Months in Islam