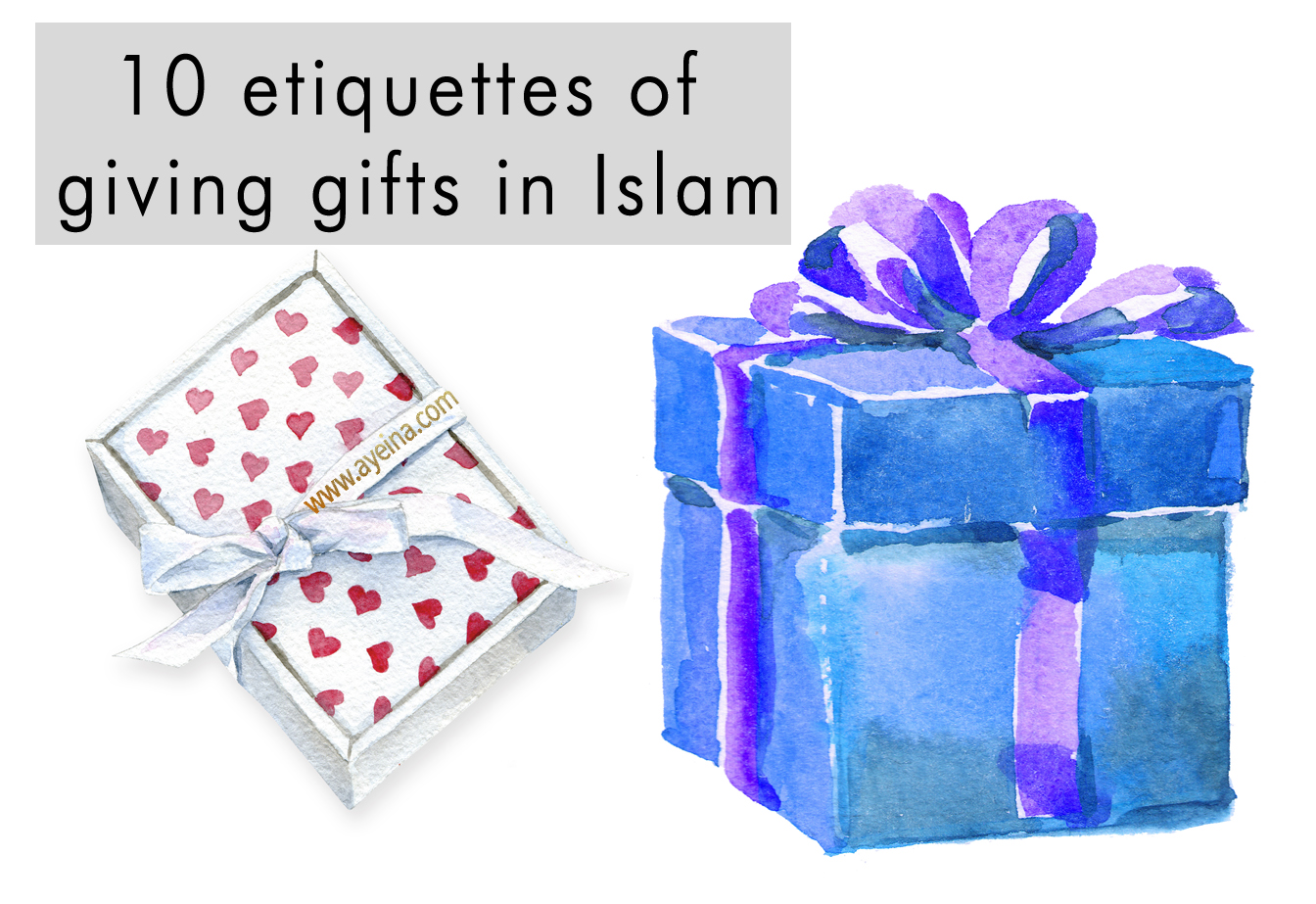 Eid is a beautiful gift from Allah for the patience, tolerance and perseverance we showed in the month of Ramadan. For the fasts we kept for His sake. Even though Allah doesn’t need any of that yet He gives us a chance to celebrate many of our weaknesses that we were able to convert into our strengths.

And the joy of receiving such gift is contagious. Hence we give gifts to each other on eid too.

Abu Hurayra reported that the Prophet (ﷺ) said, “Give gifts and you will love one another.” [Al-Adab Al-Mufrad]

So the question is, can gifts increase love?
The answer is YES!

How to make sure your gifts do nothing but increase love for each other?

If your intention of giving a gift is to increase love and remove malice from the hearts, then it will be that source for you. Any other evil motive behind it can waste all the money and effort involved.

The Prophet (ﷺ) said: “If anyone intercedes for his brother and he presents a gift to him for it and he accepts it, he approaches a great door of the doors of usury.” [Abi Dawud]

2) Give a gift without expecting it back

The more you expect, the more you are let down. So give a gift for the sake of Allah and your joy-meter will automatically rise!

Narrated Abu Hurairah: “A man from Banu Fazarah gave a gift to the Prophet (ﷺ) of she-camel from his camels which they had taken at Al-Ghabah. So he reciprocated for it with something in return, but he was upset with it. So I heard the Messenger of Allah (ﷺ), upon Minbar saying: ‘Indeed one of the men from the Bedouins gave me a gift so I reciprocated for it to the extent of what I had. Then he became very upset with me. By Allah! After my experience with this Bedouin man, I shall not accept a gift from anyone except from a Quraishi, Ansari, Thaqafi, or Dawsi.'” [Tirmidhi]

O you who have believed, do not invalidate your charities with reminders or injury as does one who spends his wealth to be seen by the people and does not believe in Allah and the Last Day. His example is like that of a smooth stone upon which is dust and is hit by a downpour that leaves it bare. They are unable anything of what they have earned… [Qur’an – 2:264]

4) Do not make it a means to show off

If you can afford an expensive gift, go ahead. But the reason shouldn’t be to show off your wealth.

Messenger of Allah (ﷺ) said:
“The thing I fear most for you is the lesser shirk (polytheism), showing-off” [Bulugh al-Maram]

No matter how small the gift is. No matter how insignificant it may be for some. No matter how cheap the product is. Make it presentable. Give gifts that you can afford easily and something you’d like for yourself.

The Prophet (ﷺ) said, “None of you will have faith till he wishes for his (Muslim) brother what he likes for himself.” [Bukhari]

6) Do not demand it back

Imagine someone giving you a gift and then demanding it back because you didn’t gift them back or you had an argument with them etc. You’d rather not receive such gift!

It was narrated from Ibn ‘Abbas that the Prophet said: “The one who takes back his gift is like the one who goes back to his vomit.” [Nisai]

We have a culture of saying NO as a default and it constantly rolls on our tongues on special occasions like Eid. If someone is giving gift out of love, accept it.

Although the following hadith is specific to children, the rule can apply to siblings, parents etc. as well.

It was narrated from Nu’man bin Bashir that: his father gave him a gift of a slave, and he came to the Prophet (ﷺ) so that he could witness the gift. He said: “Have you given something to all of your children?” He said: “No.” He said: “Then take back (your gift).” [Ibn Majah]

Whether it be a second hand gift, something you already own or an inexpensive product – if someone has tried, it’s praiseworthy!

The Prophet (ﷺ) said: “…Never belittle any gift you give your neighbor even if it is a hoof of a sheep”. [Al-Bukhari and Muslim]

Say jazakAllah Khair (for male) / jazakillah khair (for female) instead! (Meaning: May Allah reward you with good).

Try customized gifts or even best, handmade by you! You may think it’s not your forté but it’s the thought that counts. In such a busy life where everyone is just running and running, handmade has more and more value. It’s special. It’s unique. It’s thoughtful. It’s personal.

NEXT: Islamic Gifts for All Occasions  (free printable cards)

How to Save Money this Eid and Still Make it Memorable