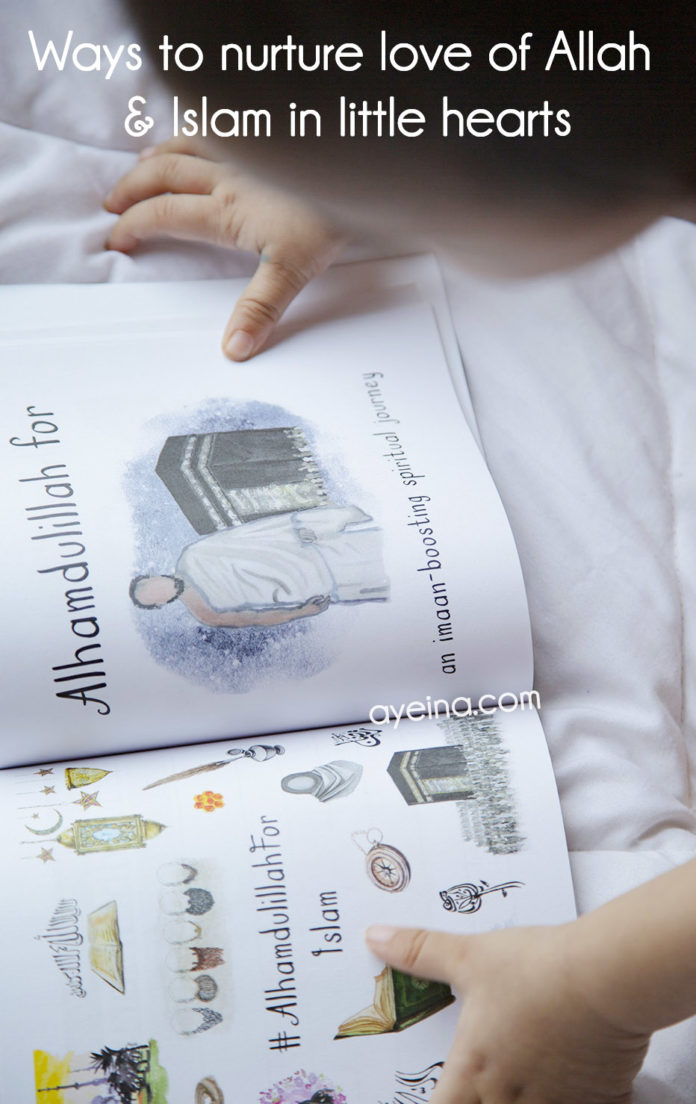 ———————————————————————————————————
If you’re here, probably you want to inculcate love of Allah in young hearts. You are aware about WHAT should be done, but you may be wondering HOW to do it. To understand how to commence the dialogue about Allah, as a Creator, His Will, His characteristics and ultimately His instructions – understanding your child, his/her development, and needs will help you take that step in a way that you seem fit. Only you know your child best and hence you are the best barometer for this. So your own love and knowledge of your Rabb goes a long long way.
Following are some of the things that can help you start the process in shaa Allah:

1) Introduce Allah to them through His names

Remember that love of Allah is already a part of our fitrah (innate nature). You simply have to nurture it in your child and let it grow – so it’s not as difficult as you may think it is. You got this!

Allah’s Messenger (ﷺ) said: “No child is born except on Al-Fitra (Islam) and then his parents make him Jewish, Christian or Magian, as an animal produces a perfect young animal: do you see any part of its body amputated?” Then he rec ‘The religion of pure Islamic Faith (i.e. to worship none but Allah), The pure Allah’s Islamic nature with which He (Allah) has created mankind. Let There be no change in Allah’s religion (i.e. to join none in Allah’s worship). That is the straight religion; but most of men know not…” (30.30)” [Bukhari]

You can take that further by introducing them to Allah’s names and attributes. Start with the most common names like: Ar-Rahman (The (most) Merciful), Al-wadood (The (most) Loving)…Here is a list of names for you to choose which ones you’d like to introduce first according to your child’s age and level of understanding. 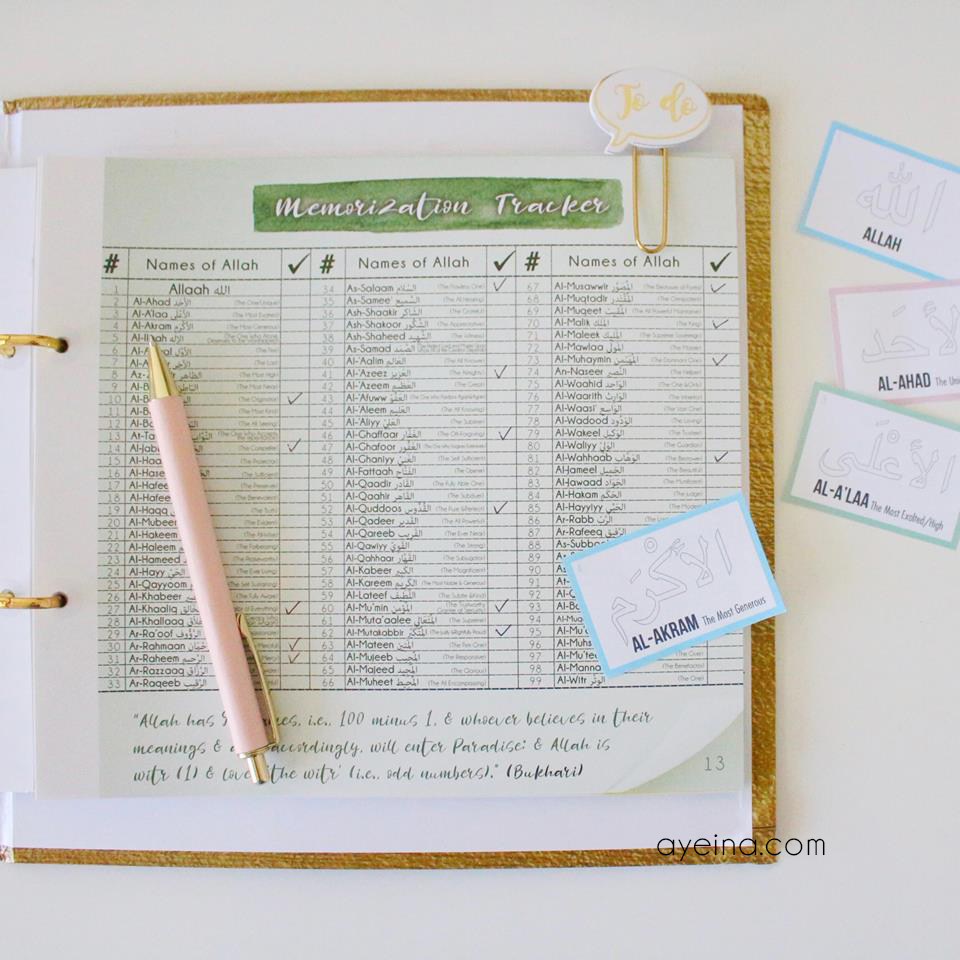 I know there’s a famous hadith of Allah loving us more than 70 mothers, but I couldn’t find the reference anywhere so I’ll skip it to be on the safe side – the following hadith though, tells that Allah’s mercy is much more than that Alhamdulillah.

Narrated Abu Huraira: I heard Allah’s Messenger (ﷺ) saying, Allah divided Mercy into one hundred parts. He kept ninety nine parts with Him and sent down one part to the earth, and because of that, its one single part, His Creations are merciful to each other, so that even the mare lifts up its hoofs away from its baby animal, lest it should trample on it.” [Bukhari]

I remember telling this hadith to my 4 year old when she was giving her little baby sister slime. I praised her for the love she felt, but I told her that love isn’t about giving someone something that may harm them. Your sister really wants the slime, but giving her the slime isn’t the best option because she will put it in her mouth. Then I told her that this love for your sister is just a part of 1% love that Allah has sent down in the earth. Rest of the 99% is with Allah only. So imagine how much He loves us ❤️

3) Talk to them about Jannah (heaven)

Have you ever seen a child’s eye light up when you talk about jannah? It’s like their dream play land. For me and my 3 year old, this has become a bedtime routine – talking about jannah after reciting our duas etc. (BONUS: she WANTS to go to sleep because of that 😅 although, let me warn you, you may have to hop into bed an hour or two before their actual bedtime, because they can go on and on and on…) – You may use THIS journal to help you get the imagination rolling. 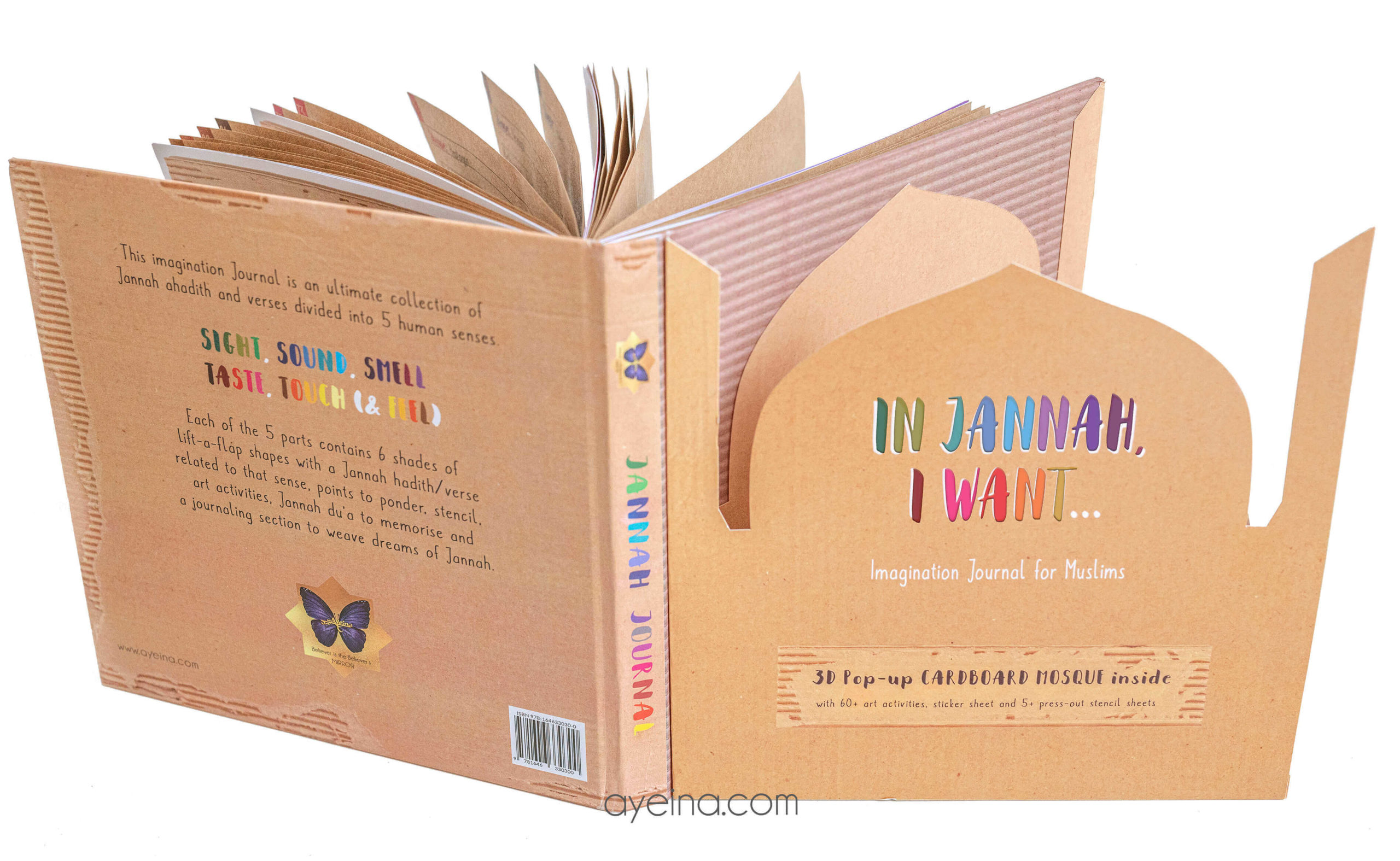 The Prophet, said, “Allah said, ‘I have prepared for My pious worshipers such things as no eye has ever seen, no ear has ever heard of, and nobody has ever thought of. All that is reserved, besides which, all that you have seen, is nothing.” Then he recited:– ‘No soul knows what is kept hidden (in reserve) for them of joy as a reward for what they used to do.’ (32.17)” [Bukhari]

(a reminder that calls us towards the connection with our Lord 5 times a day)
Since this is done 5 times a day (and your child probably watches you 4 times praying – in case they’re not up with you at the time of fajr to “help” you pray 😅), salah is a perfect way to show your child how you communicate with your Creator.
Head over to this blog post to find the ideas shared by different Muslim mums on how we can help kids love salah 💜

The Prophet (ﷺ) said, “Seven (people) will be shaded by Allah by His Shade on the Day of Resurrection when there will be no shade except His Shade…(one of them being)…a young man who has been brought up in the worship of Allah…”[Bukhari] 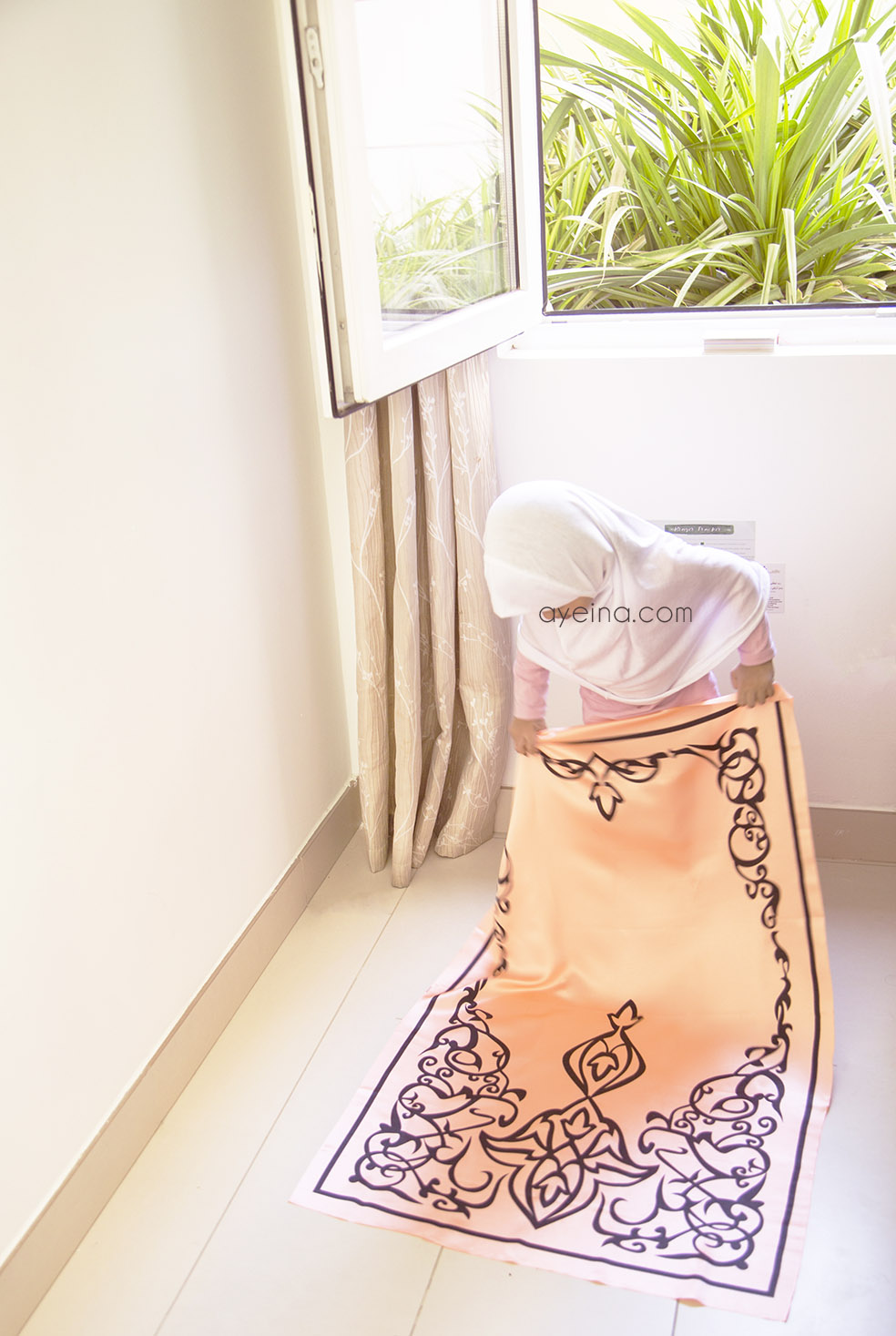 5) Make dua to Allah with them

You know the time when your child is hurt (physically or emotionally) and they are at their most vulnerable stage? The times when they crave your love and hugs? That time right there is gold because not only does your child want more love but they want hope in stressful times too, and dua is a tangible way of that hope and connection.

The Messenger of Allah (ﷺ) said: “The closest that a person can be to his Lord, the Mighty and Sublime, is when he is prostrating, so increase in supplication then.” [Nasa’i]

And don’t we all love those who are there for us in the time of need? Dua can make you feel that with Allah. So hug them close, carry them in your lap and raise your hands with them to make the dua they want. (P.S. if they don’t want to, no need to force them. Try doing it in happy times and in shaa Allah they’ll be more willing to try it in their vulnerable times).

6) Help them notice blessings of Allah and say Alhamdulillah

I loved what Zanib Mian wrote in her blogpost: “Basically, make, “See! Allah loves you!” the most commonly used phrase in your household. This, of course, is much simpler to explain when joyous things happen, but remember to use the concept with the smallest of things, to encourage gratefulness. It’s harder to explain when not-so-joyous things happen – like falling down. In these instances, help them to see that it’s all part of Allah’s plan and they may have been saved from a bigger not-so-joyous thing happening!”
You may journal gratitude with them. Here are a few shots of what my sister (co-founder of AYEINA) did with her 5 year old. 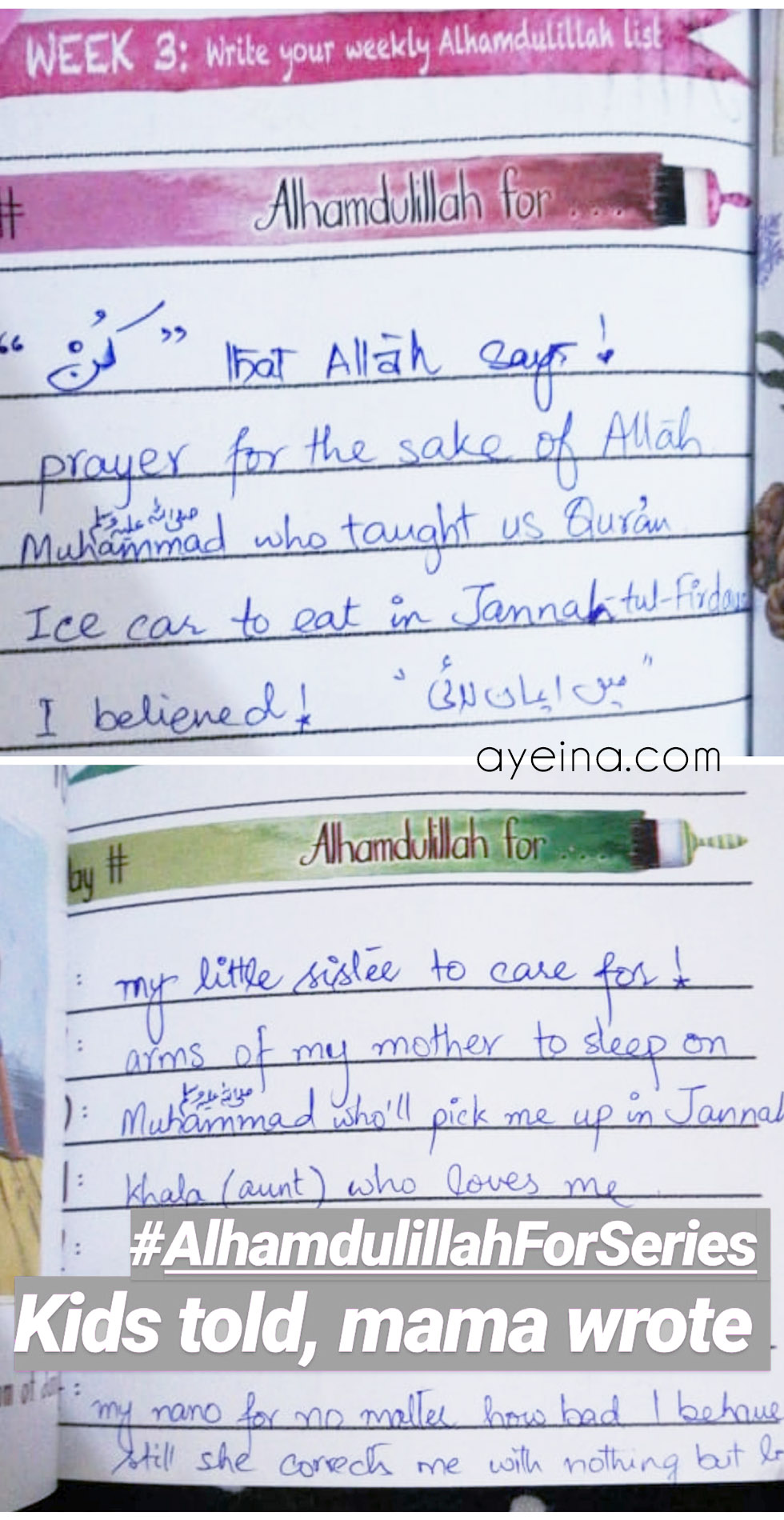 This shukr journal comes with illustrations to keep the kids engaged and come up with ideas. A notes section can be used to write gratitude letters to Allah (basically their conversation with Allah on all the things they are grateful for and why).

Comment below as to what worked with your child while nurturing Allah’s love in their little hearts? 💖