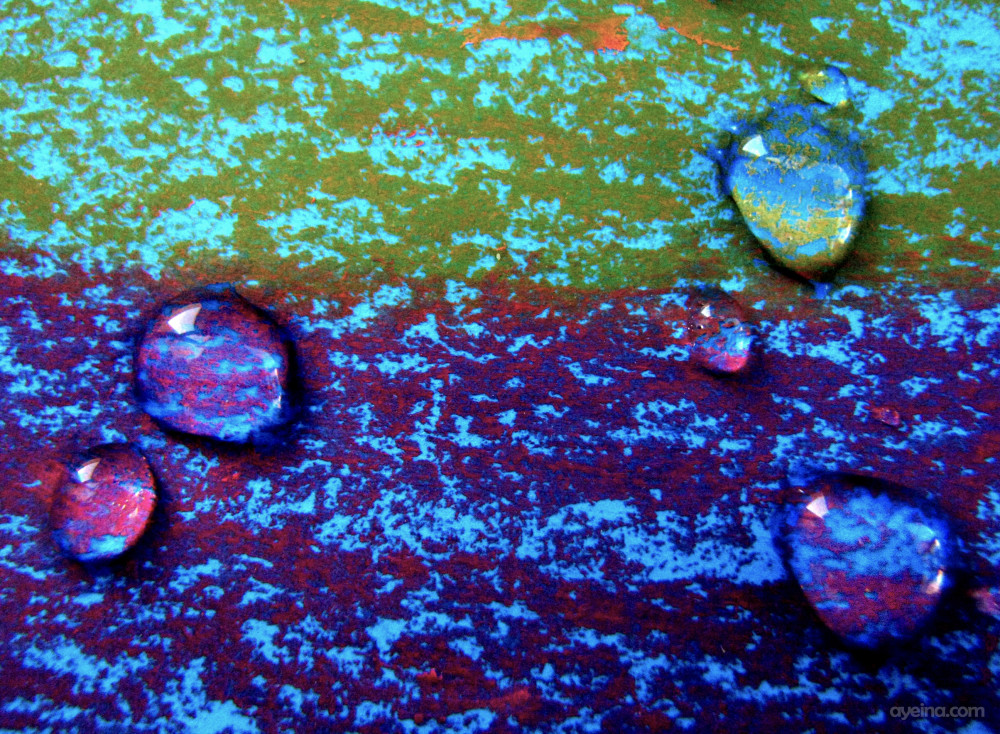 As babies, we used to cry to communicate anything and everything. Then with time, we learned to express ourselves with words instead of tears. But until now, when words fail to express feelings bursting inside, tears replace them.

When feelings are beyond words, tears take over.

They are not a sign of weakness. Just a mode of communication. A silent one. And not all tears mean depression or sadness. True weakness isn’t acknowledging your emotions by crying: it’s hiding from them.

Too often, we feel ashamed, silly or weak when we cry in front of anyone. Perhaps it’s because we feel vulnerable when we don’t want to. Though havoc, the unacknowledged feelings may wreak is greater than feeling of vulnerability.

In reality, we are simply connected with our feelings. It’s also an opportunity for people to become closer. If we cry in front of someone, chances are we either feel attached to that person or will eventually be attached.

Which is why shedding tears for the sake of Allaah brings us closer to Him. Tears in sujood (prostration) or tears in du’a are one of the most beautiful feelings.

Tears are our way to connect to Allaah in the closest manner possible.

And those are the tears that make us feel afloat above all our burdens.

It feels like this was the reason why Prophet (PBUH) was ever smiling even when his life had hardships upon hardships. He shed tears and it didn’t make him any less manly. He just knew how to blow away the heavy load with the power of tears. Smiling is sunnah and so is crying (not equivalent though). Hence, it’s nothing to be ashamed of.

…Allah does not punish for the shedding of tears or the grief of the heart, but punishes or bestows mercy for the utterances of this (and he (PBUH) pointed to his tongue). [Al-Bukhari and Muslim]

So next time when you try to suppress your tears, let them flow. Fall in prostration and let them reach Allaah. What others can’t understand and sometimes not even you, Allaah will. Tears will strengthen you instead of making you feel weak. So let them flow…

According to the HeartySoul, crying is one of the best ways to channel and filter out the thoughts and events that cause us worry or grief. Bottling up your emotions by holding back the tears can lead to long-term psychological damage. When we cry, we are releasing negative tension that builds up from our day to day lives, allowing us to feel comforted and recharged so that we can pick ourselves back up afterward. Crying is the transformation of distress into something tangible, and the process itself reduces the feeling of trauma. The important part of it is that you are acknowledging your emotions and confronting them head on. Not facing negative feelings can risk leading you down a dark path; alcoholism, depression, anxiety disorder, drug abuse or any kind of unhealthy compulsive behavior can stem from a refusal to face one’s emotions.

A 1964 study found that people respond less negatively and more compassionately to people who are crying. The study looked at the self-reported emotional response of people when they are in the presence of a crying person. If you’re in a situation where you are with a friend, and both of you received some upsetting news, taking the first step in crying will allow other people to feel comfortable expressing their own emotions. Those who accept sadness when it stares them in the face allow others to do the same. So, the next time you feel the dreaded waterworks approaching, don’t repress the feeling. Let those tears help you to grow socially, mentally and spiritually.

If you’re a parent, then know that this message starts at a very young age! So we need to know how to deliver this message across to them that tears are not a sign of weakness!

What to Say to a Crying Child instead of Saying: “STOP CRYING!”

Whenever the kids start crying at something that seem like such a manageable emotion for most of us adults, we say thing like:

‘Stop crying! There’s nothing to cry about!’

“Shh, everyone is looking at you”

“Stop crying or I’ll give you something to cry about!”

We’ve all said it, or at least thought it. And did you hear these words as a child too? Which still makes you afraid of crying because you think it’s a weakness? When we dismiss or minimize our children’s feelings, we actually make our job harder. We very RARELY succeed at making them stop anyway, and it’s more likely that they will need more support from us in the future rather than less.

So the idea is to help them regulate their emotions and direct them the right way.

1) So one of the things you can say instead of stop, is that it’s ok.
كوئ بات نهي

2) Repeating what they are upset about helps them feel reassured as well.

3) Reminding them of the hopeful perspective on the situation (and listening to their hopeless response) helps as well.

4) It’s ok you can cry, but let’s try not to scream/wail while crying because that would make it hard for me to understand what you are saying (and I can only solve a problem once I fully understand it).

It is narrated on the authority of Abu Burda b. Abu Musa that Abu Musa was afflicted with grave pain and he became unconscious and his head was in the lap of a lady of his household. One of the women of his household walled. He (Abu Musa) was unable (because of weakness) to say anything to her. But when he was a bit recovered he said: I have no concern with one with whom the Messenger of Allah (ﷺ) has no concern, Verily the Messenger of Allah (ﷺ) has no concern with that woman who wails loudly, shaves her hair and tears (her garment in grief).” [Muslim]

The last 4th point has immensely benefited my toddler who is as sensitive as I am. She used to cry so loud that it would make me want to cry too lol. And when someone would tell her to stop crying, it would actually get worse. But since I started allowing her to cry, she compromised on her pitch. Now she sobs while saying “I’m crying like adults” 🤣

In short, simply LISTENING to your child can help A LOT. Because sometimes – yes! the kids are crying at something completely ridiculous and you’re lost as to how to even respond!
So if you’re in that situation, simply listen to them and let them figure out what is making them upset! It gives them the control and also some sense of responsibility that their emotions are in their control and they CAN regulate them by deciding what to say and not to say from their tongue even if their eyes can’t control the tears. 5) and of course, a hug of empathy has no better replacement when emotions feel overwhelming!

Wahnan Ala Wahn – How to Survive Hardships of Motherhood