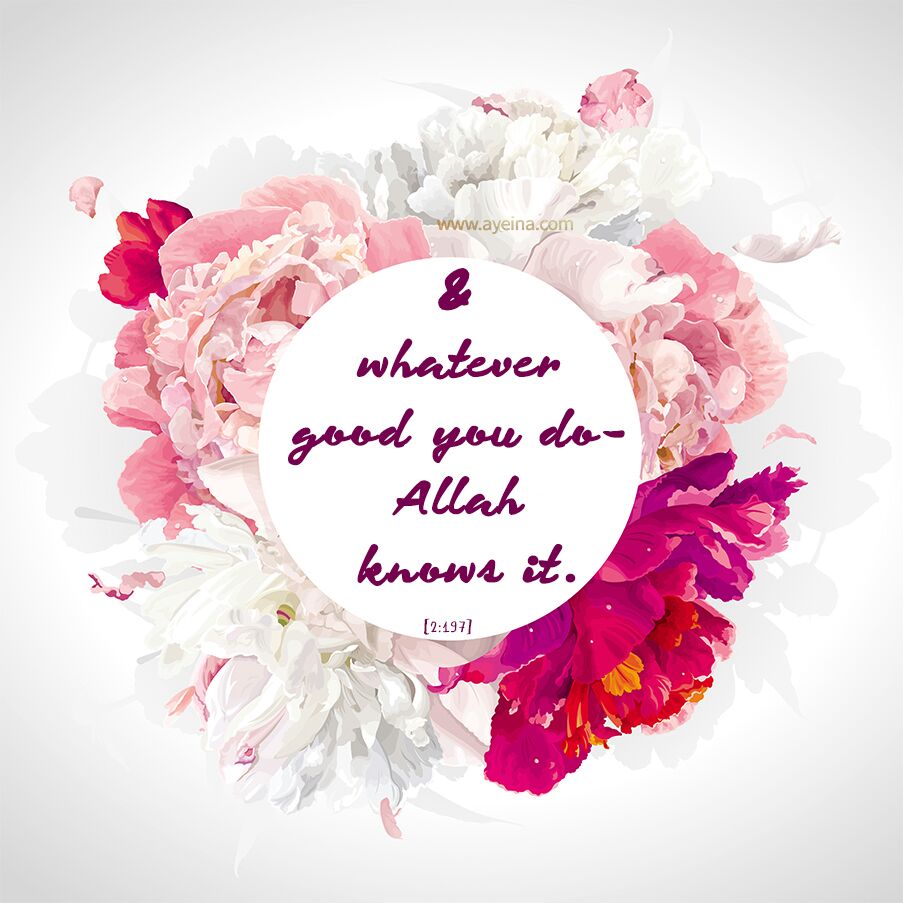 …And whatever good you do – Allah knows it. And take provisions, but indeed, the best provision is fear of Allah…

What is GOOD (khair –خَيْرٍ)?

All praise and thanks to Allah who has not bound the acts of goodness tight into one box. This makes everyone struggle towards what they can do best, with endless ideas that they may have. However, we are gifted with hints and clues to broaden our perspectives on life as to what goodness really is. With dwindling standards of society, it’s sometimes hard to differentiate between the right and wrong. So much so that you may fall into an identity crisis. What was wrong 10 years ago is now considered good. What was good 20 years ago is now too outdated to even accept. With such fickle ideas about good and bad, Islam gives us certainty. A place to settle. A place to find your true self. While still giving you the opportunity to explore.

The Prophet (ﷺ) never used bad language neither a “Fahish nor a Mutafahish. He used to say “The best amongst you are those who have the best manners and character.” [Bukhari]

and what is that goodness that is considered as sadaqah (charity) in Islam? How do we know that?

And in another hadith

Jabir bin Abdullah narrated that the Messenger of Allah said:
“Every good is charity. Indeed among the good is to meet your brother with a smiling face, and to pour what is left in your bucket into the vessel of your brother.” [Tirmidhi]

All that matters the most is who are you doing it for? Whose reward are you expecting? Are you willing to settle for less or will you wait and make the wait, worth it?

*So the recipe of goodness is:

Narrated ‘Umar bin Al-Khattab:
I heard Allah’s Messenger (ﷺ) saying, “The reward of deeds depends upon the intentions and every person will get the reward according to what he has intended…” [Bukhari]

2) According to Quran and sunnah (the way of Muhammad ﷺ)

Narrated Aisha:
Allah’s Messenger (ﷺ) said, “If somebody innovates something which is not in harmony with the principles of our religion, that thing is rejected.” [Bukhari]

And to make it more clear:

It was narrated that Jabir bin ‘Abdullah said:
“In his Khutbah the Messenger of Allah (ﷺ) used to praise Allah as He deserves to be praised, then he would say: ‘Whomsoever Allah (SWT) guides, none can lead him astray, and whomsoever Allah sends astray, none can guide. The truest of word is the Book of Allah and best of guidance is the guidance of Muhammad. The worst of things are those that are newly invented; every newly-invented thing is an innovation and every innovation is going astray, and every going astray is in the Fire…'” [Nasai]

3) Good shouldn’t be followed up with reminders or hurtful remarks etc.

Those who spend their wealth in the way of Allah and then do not follow up what they have spent with reminders or injury will have their reward with their Lord, and there will be no fear concerning them, nor will they grieve. [Quran 2:262]

Thus, If it’s for the sake of Allah, then know that your reward is preserved. If people don’t appreciate, we don’t have to remind them or taunt them about it. Because even a wisp of smoke is registered with Him. Subhan Allah. People can never repay us the way Allah can. Multiple folds. More than we even deserve. Our hard work is worthy of better reward than just mere compliments from immortals.