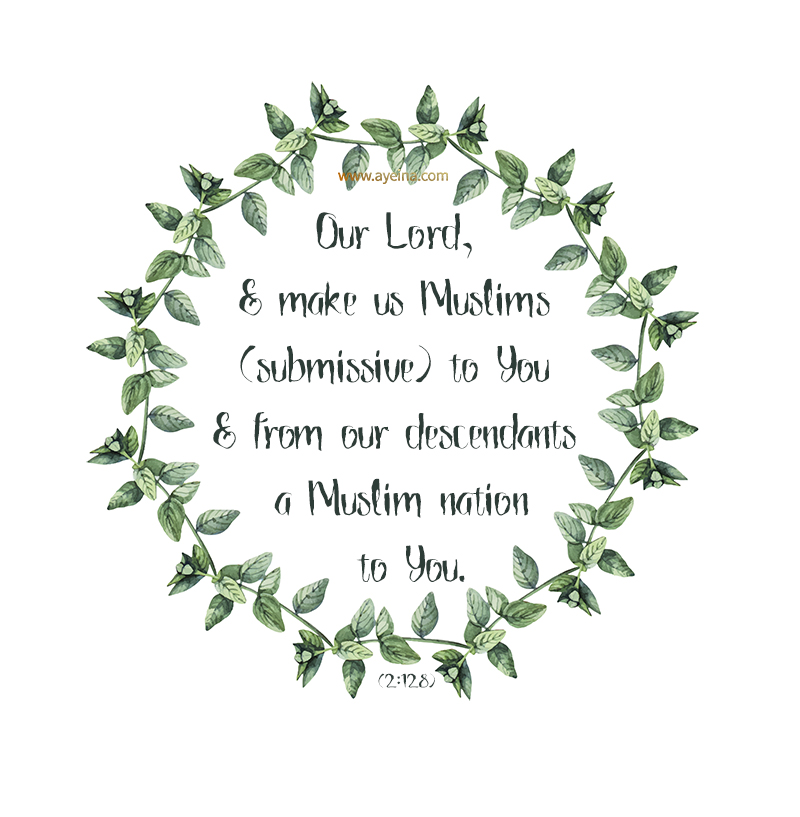 What severe level of hardships have we faced in the path of Allaah? Or in our struggles to step on His path, how many people have we lost? How many opposed us to the point that they cut their ties with us?
Now let’s talk about ourselves. How are we coping with those obstacles that come our way towards our Rabb? How have we prioritized His obedience? Do we consider the trials as a gift for a believer that raises his ranks? How well do we firmly believe in His Wisdom, Mercy and Khair that He has for all of us?
Asking ourselves such questions help us ponder and internalize. It’s just a human thing which we are designed to learn from since very early stages of development.
Can you see the personality and attitude of Ibrahim  عليه السَّلاَمُ ? No wonder he was a خليل الله (Friend of Allaah).
The traits that are pretty evident in these set of verses were:
1. Severe patience: with all the tests وَإِذِ ابْتَلَى إِبْرَاهِيمَ رَبُّهُ بِكَلِمَاتٍ that Allaah put him through he fulfilled it فَأَتَمَّهُنَّ according to the pleasure of Allaah.
2. Selflessness: when Allaah blessed him with high ranks قَالَ إِنِّي جَاعِلُكَ لِلنَّاسِ إِمَامًا, it didn’t make him forget his progeny قَالَ وَمِن ذُرِّيَّتِي.  He didn’t only make dua for his own children but also supplicated for the future generations a well.
3. When Allaah told him that His promise doesn’t include the wrong-doers  لَا يَنَالُ عَهۡدِى ٱلظَّـٰلِمِينَ  he never complained because of his firm faith in Allaah’s wisdom and destiny.
4. Despite having the best and purest of intentions, he never became arrogant and asked Allaah to accept his deeds رَبَّنَا تَقَبَّلْ مِنَّا
5. Ibrahim could have thought of many better ways than us to please His Rabb, but He relied on Allaah alone for this  وَأَرِنَا مَنَاسِكَنَا
6. While he’s serving Allaah, he’s asking for forgiveness   وَتُبْ عَلَيْنَآ While we normally repent to Allaah when we believe/feel that we have committed a sin.
7. All he thinks of is love and service towards His Rabb and khair for his fellow creation
رَبَّنَا وَٱبۡعَثۡ فِيهِمۡ رَسُولاً۬ مِّنۡہُمۡ يَتۡلُواْ عَلَيۡہِمۡ ءَايَـٰتِكَ وَيُعَلِّمُهُمُ ٱلۡكِتَـٰبَ وَالْحِكْمَةَ وَيُزَكِّيهِمْ