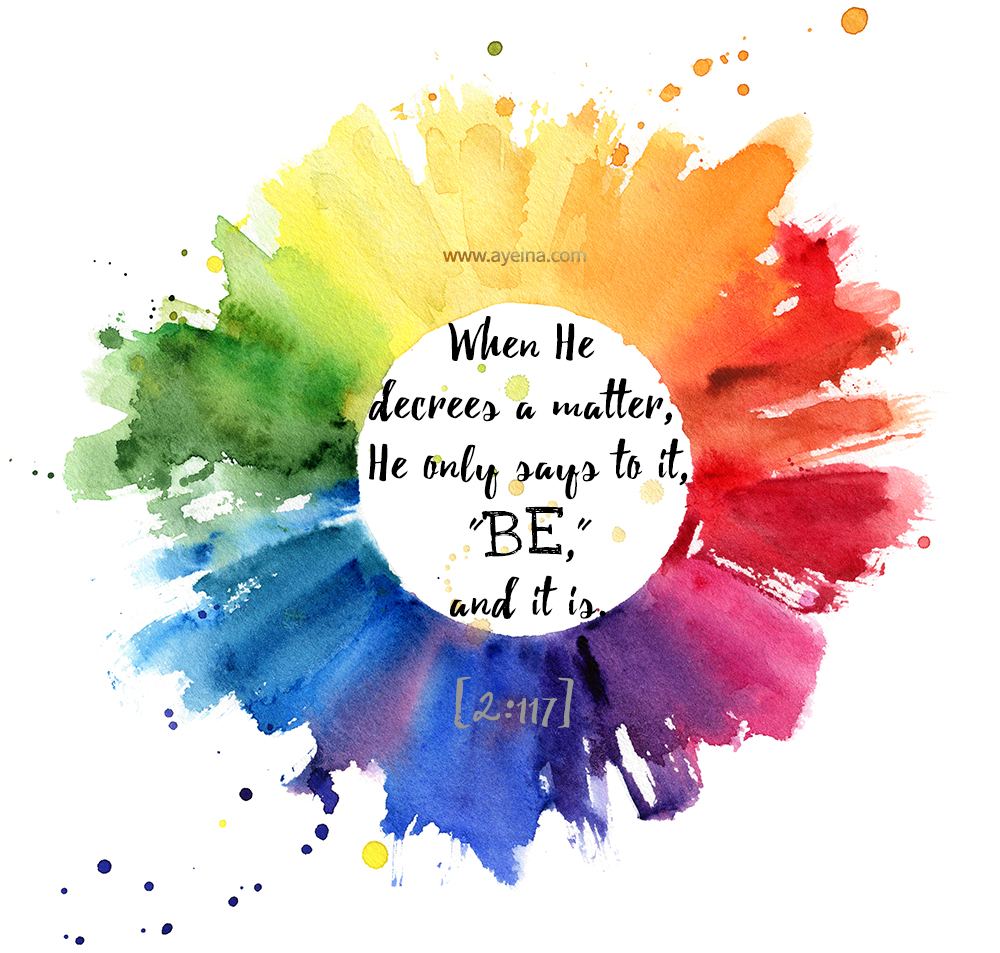 For Him, it’s just a matter of كُن

Subhaan Allah! Can you not feel the Might, self-sufficiency and kingship of your Rabb? Allah s.w.t. has no time limitations, no dependency on any creation or any circumstance. It’s just a matter of His will.

Know that if He wills, nothing in this universe can change even a speck of what and how He wills even if our little understanding is unable to grasp it.

The Messenger of Allah (ﷺ) said:

Strive for that which will benefit you, seek the help of Allah, and do not feel helpless. If anything befalls you, do not say, “if only I had done such and such” rather say “Qaddara Allahu wa ma sha’a fa’ala (قَدَّرَ اللَّهُ وَمَا شَاءَ فَعَلَ – Allah has decreed and whatever he wills, He does).” For (saying) ‘If’ opens (the door) to the deeds of Satan.”

Study this brilliant passage from the writings of Ibn al-Jawzi concerning this matter. He (may Allah have mercy on him) said:

“I think part of the test is when a believer supplicates and receives no response, and he repeats the du’a for a long time and sees no sign of a response. He should realize that this is a test and needs patience. What a person experiences of waswaas when the response is delayed is a sickness which needs medicine, I have experienced this myself. A calamity befell me and I supplicated and did not see any response, and Iblees started to lay his traps.

Sometimes he (Satan) said: The generosity (of Allah) is abundant and He is not miserly, so why is there a delay?

I said to him: Be gone, O cursed one, for I have no need of anyone to argue my case and I do not want you as a supporter!

Then I told myself: Beware of going along with his whispers, for if there was no other reason for the delay except that Allah is testing you to see whether you will fight the enemy, that is sufficient wisdom.”

Have you not read the du’a and its acceptance of Zakariyah (a.s.) and Ibrahim (a.s.)

Be mindful of Allah, and you will find Him in front of you. Recognize and acknowledge Allah in times of ease and prosperity, and He will remember you in times of adversity. And know that what has passed you by was not going to befall you, and what has befallen you was not going to pass you by. And know that victory comes with patience, relief with affliction, and hardship with ease. [Tirmidhi]

Imaam Ibn al-Qayyim (may Allah have mercy on him) said:

“Du’as and ta’awwudhaat are like a weapon, and a weapon is only as good as the person who is using it; it is not merely the matter of how sharp it is. If the weapon is perfect and free of faults, and the arm of the person using it is strong, and there is nothing stopping him, then he can lay waste the enemy. But if any of these three features is lacking, then the effect will be lacking accordingly.” (Book: al-Daa’ wa’l-Dawaa’, p. 35)

Yahya related to me from Malik that Zayd ibn Aslam used to say,

“No-one makes a du’a without one of three things happening. Either it is answered, or it is stored up for him, or wrong actions are atoned for by it.”

Ask Him! That too with certainty! Not because you deserve it or that it seems possible to you. Ask Him with certainty because He’s Loving, Merciful, Wise and Self-sufficient. For Him, it’s just a matter of “كُن”.