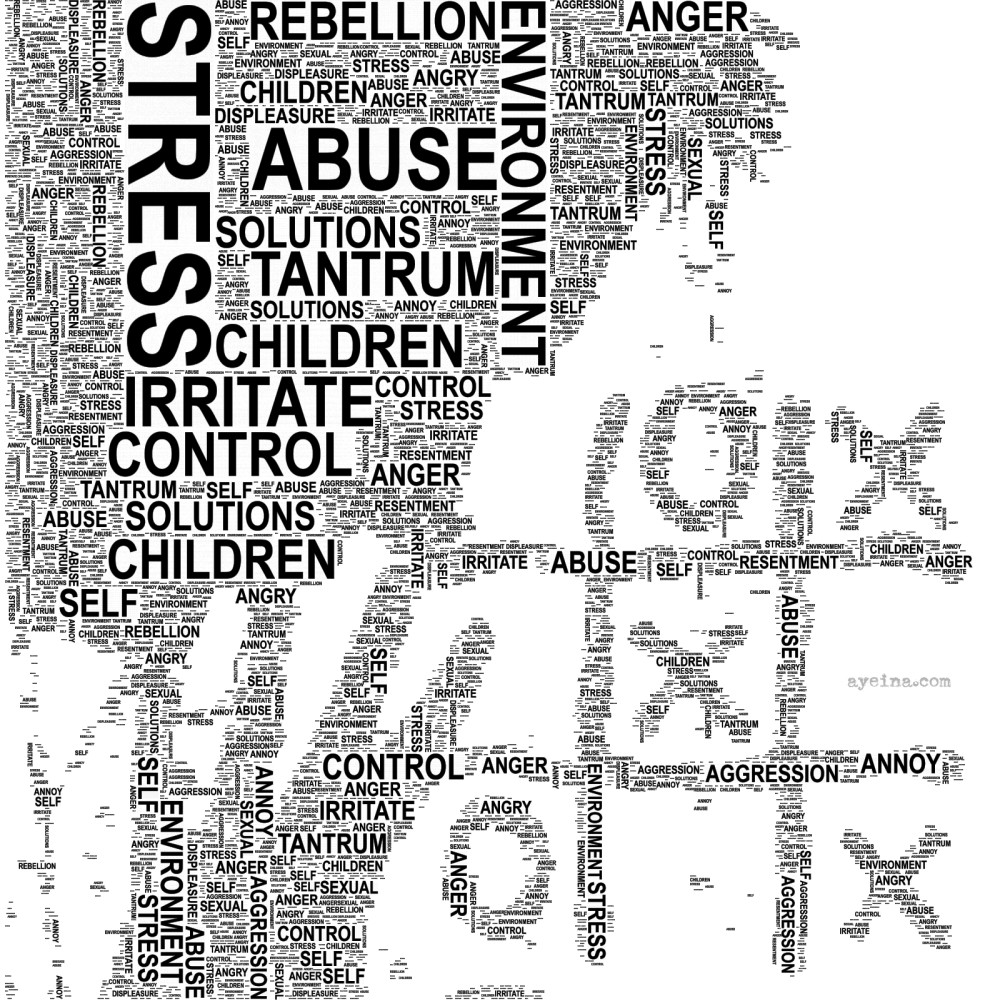 Allaah has placed the feeling of anger among His servants as a result of His ultimate wisdom, Mercy and as a test. It’s a feeling required to protect oneself against evil and to defend oneself, if utilized right. However, Allaah has set some limits to every feeling. Within those bounds, they are appreciable, but if it crosses the limits set by Allaah, it can destroy oneself and others related as well…

Then some of the possible causes were mentioned that may aggravate a child’s aggression. For eg: Effect from parents, the environment, media exposure, violent video games, speech limitations, lack of love, being bullied and unjust treatment…

3. Other Possible Factors of Anger:

Some kids are naturally more intense than the others. Perhaps you have some of your kids that are very mellow and some, not so much. Even though both sides are brought up by you, you can still tell that every kid has an individual personality. Some demand more hard work from you, than the others.

All you need to do is direct their energy to a healthy activity. Prophet Muhammad (صلى الله عليه و سلم) didn’t change Umar (RA) into Abu bakr (RA) or vice versa. One had a strict personality while other had a lenient one. Yet both were given the glad tidings of Jannah.

So no nature is bad as long as the words/actions that come out of it are right. Talk together about strategies you and your child can use against anger. Know the triggers of his/her anger and give solutions from sunnah of Prophet Muhammad صلى الله عليه و سلم

Saying أَعُوذُ بِاللَّهِ مِنَ الشَّيْطَانِ and changing positions (sit down if standing or lie down). Tell them that strong is the one who controls his/her reactions while in anger.

A lack of close friends and a dearth of broader social contact generally bring the emotional discomfort or distress known as loneliness, as mentioned in Psychology Today.

Provide good companionship for your children (you being the best companion to them). As Prophet (ﷺ) said:

The similitude of good company and that of bad company is that of the owner of musk and of the one blowing the bellows. The owner of musk would either offer you some free of charge, or you would buy it from him, or you smell its pleasant fragrance; and as for the one who blows the bellows (i.e., the blacksmith), he either burns your clothes or you smell a repugnant smell.

Don’t carry out comparisons among siblings. Although competition in righteous deeds should be there but sparking competition doesn’t have to always include comparison. This way it’s easier for kids to separate themselves from the lot and eventually feel lonely and distressed.

Head lice may seem like a very insignificant reason though but since it is quite prevalent among kids, it’s necessary to keep this in mind when kids start acting up for no reason. Kids of this little age sometimes can’t diagnose their head lice problem unless and until you don’t find them caught up with their hands 24/7 ploughing their heads.

How to manage?
Parents and teachers especially parents should on and off check the kid’s head. Make it a routine as to not make the situation worse.

Stress can lead to anger because of exhaustion to deal with any more stress. Overwhelming stress in childhood can interfere in the development of frustration tolerance , problem solving skills and emotional regulation – all of which are required to manage anger.

Children who experience inconsistent parenting, when a parent or multiple caregivers have different or unpredictable expectations, rules or consequences, can develop anger management problems.

Communication is as important as breathing in such situations. Give them some sort of control so they are able to control their own emotions in a responsible manner instead of you having to tell them constantly. Ask them to use their less-dominant hand in order to practice self-control.

4. Congenital Disorders and Other Serious Factors:

This mainly includes support from the family and a professional help. As parents alone can’t provide a complete package sometimes.
It includes congenital disorders like:
• Radiation exposure during pregnancy
• Alcohol intake and smoking mother during pregnancy
• ASD – Autistic Syndrome Disorder
And other serious factors like:
• sexual abuse

How to manage?
Help in such situations can be medical or psychiatric and support from parents as per requirement.
Whenever a parent or another adult is concerned, they should immediately arrange for a comprehensive evaluation by a qualified mental health professional. Early treatment by a professional can often help. The goals of treatment typically focus on helping the child to: learn how to control his/her anger; express anger and frustrations in appropriate ways; be responsible for his/her actions; and accept consequences. In addition, family conflicts, school problems, and community issues must be addressed. Parents should have open communication with children so they are able to address their concerns with their guardians, their caregivers. They shouldn’t be made to feel ashamed when there is sexual abuse involved. Take a stand instead of burying things just because your cultural integrity may be lost.

May Allah help us parents to deal our children patiently so we can raise a responsible Muslim Ummah (nation).